Join to vote for
Donna Perry
Join to add to
Favourites

If there was an entry in the dictionary for ‘dream girl’, it’d be accompanied by a photo of Donna Perry. A tall, slender blonde from Glendale, California, Donna has a slight need for speed – she drives a red Mitsubishi 300GT, and you’re more likely to see her passing you in the fast lane than idling in your rearview mirror, literally and figuratively speaking. “People say I got married too young,” says Donna, who once married a rock guitarist. “You get along better with your kids if you’re younger when you have them.” Donna is a successful model, though she insists it’s not all glitz and glamour. “It’s the hardest thing – being a secretary is probably much easier,” she insists. “As a model, you have to be perfect all the time.” With her appearance as Playboy’s Miss November 1994, Donna follows in her grandmother’s footsteps in more ways than one – she’s the granddaughter of Joan Staley, who appeared in our November 1958 issue and started her career as a legal secretary. “In 1958, it wasn’t considered the thing to do,” says Donna. “Today I can say: Here I am. I’m not ashamed. I look good and I’m proud!” These days, Donna makes her home on the Hawaiian island of Oahu, where she works for a local hospital and raises three kids as a single mother. When she has a rare day off, she loves to spend it at the beach, though she can be convinced to go on a date from time to time. (For all those interested, the way to Donna’s heart is a plate of good sushi, a glass of sake and a single rose.) “I want to be successful in life,” reflects Donna. “Not necessarily rich, but happy.” Her grandmother did give her one vital piece of Playmate-related advice: “To keep my eyes open, but definitely to have fun!” We think she’s on the right track.

As far as we know she began her nude modeling career in 1994. Donna Perry has 12 covers, 12 photosets to her name.

She's know as: Donna Perry and has modeled for these premium nude girl sites: PLAYBOY PLUS, BLUENUDES. 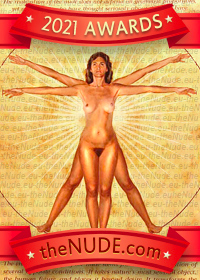