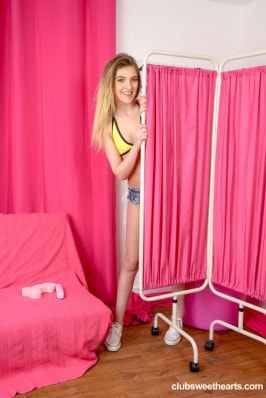 Join to vote for
Rhiannon Ryder
Join to add to
Favourites

Loud, filthy, and confident, Rhiannon Ryder is obsessed with sex, and always gets what she wants! Picture any location in the world and Rhiannon has probably had sex there. Her public sex adventures have seen her kicked out of an airport for having sex in the bathroom, and running embarrassed after accidentally flashing a group of her boyfriend's mates her tight pussy! A filthy honey who loves to squirt, Rhiannon's biggest fantasy to be gangbanged while dressed in her old school uniform. Dominated by a group of studs, Rhiannon loves being pounded until she's sore, and being soaked in squirt and jizz is an ideal outcome for Rhiannon Ryder, so watch her fulfill those fantasies right here at Sexyhub!

As far as we know she began her nude modeling career in 2017. Rhiannon Ryder has 16 covers, 5 photosets and 11 videos to her name.